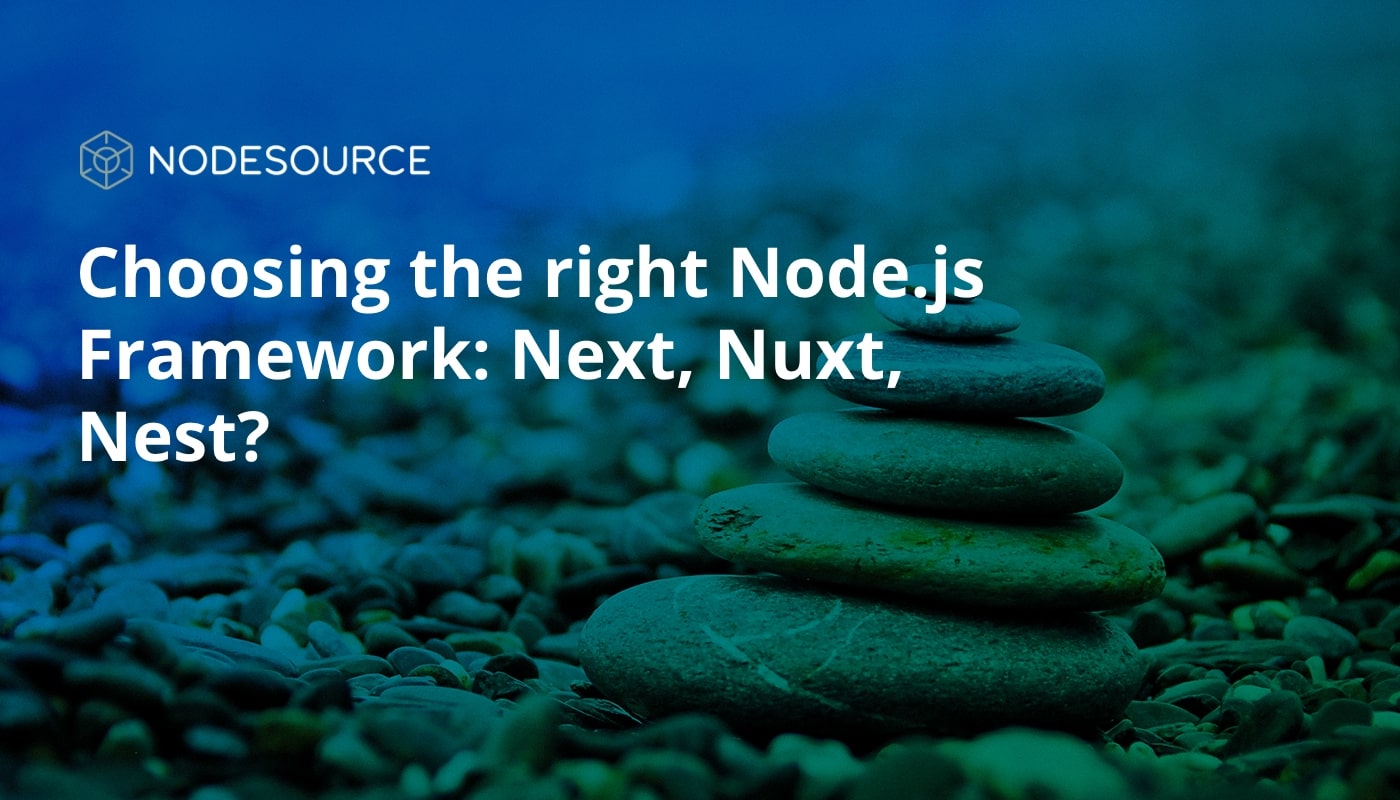 In my previous blog post, I explored the differences, advantages, and disadvantages of three of the most popular Node.js frameworks: Express, Koa, and Hapi. In this blog post, I’m going to examine the differences between three more very popular frameworks: Next, Nuxt, and Nest. These three frameworks are server-side rendering, and they are closely related to React, Vue, and Angular (the three most widely used front-end frameworks), respectively.

Next is the most popular framework compared to the other two. It has more npm weekly downloads, GitHub stars and number of contributors.

and add a script to your package.json like this:

After that, the file-system is the main API. Every .js file becomes a route that gets automatically processed and rendered.

Populate ./pages/index.js inside your project:

To measure the performance, I used Apache Bench for benchmarking, which highlights how many requests per second the app is capable of serving. I also used lighthouse to audit performance, accessibility, best practices, and SEO. 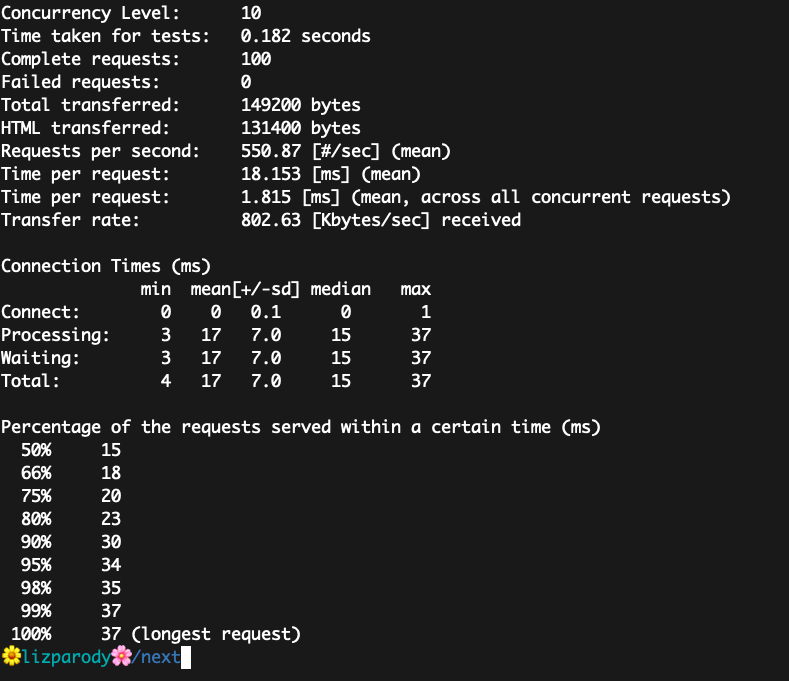 This is a basic Hello World app in Next.js. It handles 550.87 requests per second. This value is the result of dividing the number of requests by the total time taken. The average time spent per request is 18.153 ms.

Compared to the other two frameworks, Next.js scored better overall than Nuxt.js but worse than Nest.js 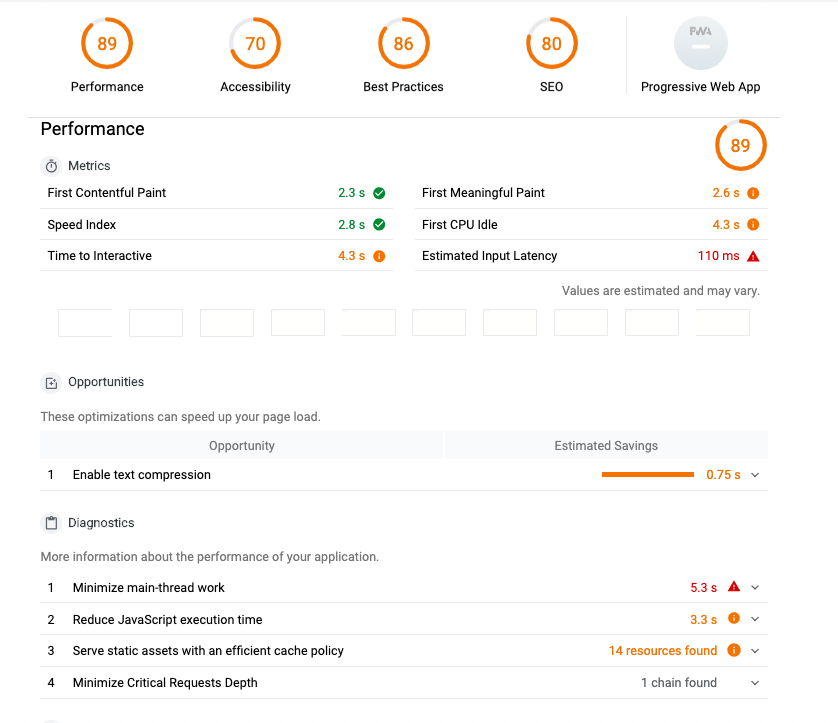 In the report provided by lighthouse, we can see that the performance, accessibility, best practices, and SEO scores are all above 70, which is good, but compared with the other two frameworks, it had the lowest score for Performance and has the highest score in Best Practices.

The Next.js community communicates through chat, slack, issues and pull request on GitHub.

Also, in the repo awesome-nextjs, there is a list of essentials, articles, boilerplates, extensions, apps, books, and videos that are useful for developers using Next.js

To create a basic app:

This is the most basic example of a “Hello World!” app on Nuxt: 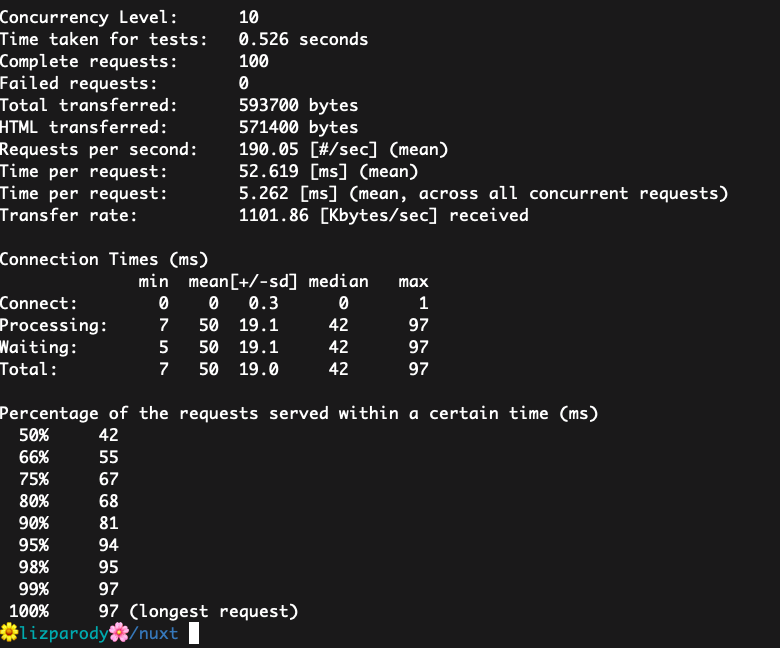 This is a basic Hello World app in Nuxt.js. It handles 190.05 requests per second. The average time spent per request is 52.619 ms. On this metric, Nuxt.js performs the worst compared to the other two frameworks. 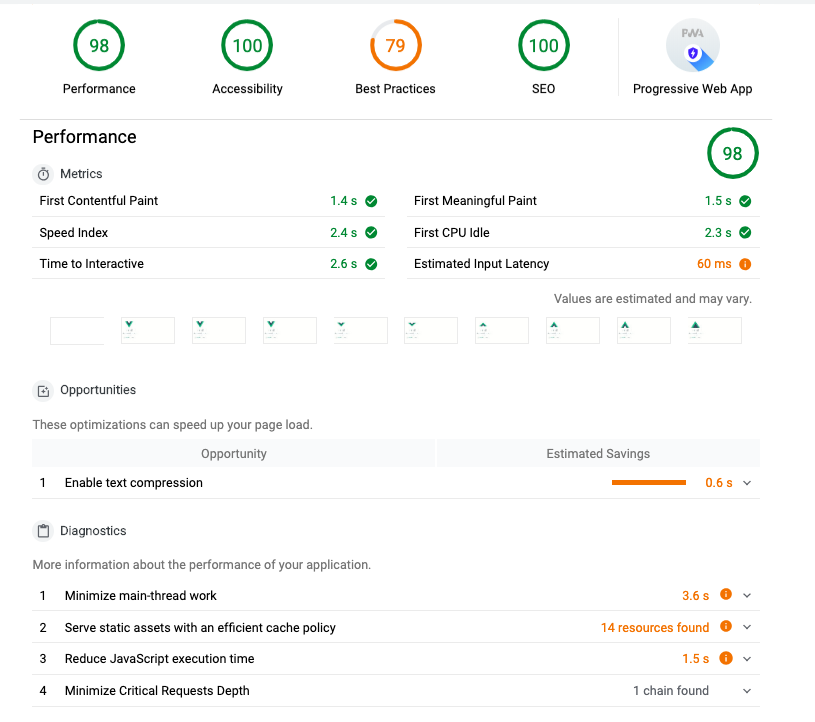 Nuxt.js has the highest score in three of the four measures; performance, accesibility and SEO.

There is a GitHub organization where you can find modules and projects from the Nuxt.js community. There is also a curated list of awesome things related to Nuxt.js awesome-nuxt including Modules, tools, mention of Nuxt.js, showcase, tutorials, blogs, books, starter template, official examples, and projects using Nuxt.js.

Under the hood, Nest makes use of Express, but also provides compatibility with a wide range of other libraries, like e.g. Fastify, allowing for easy use of the myriad third-party plugins which are available.

Alternatively, to install the TypeScript starter project with Git:

After installing Nest.js with the npm cli command, and creating a new project with nest new project-name, a src/ directory will be created and populated with several core files, including main.ts. The main.ts includes an async function, which will bootstrap our application:

And then to run the app that listens on port 3000, you execute: 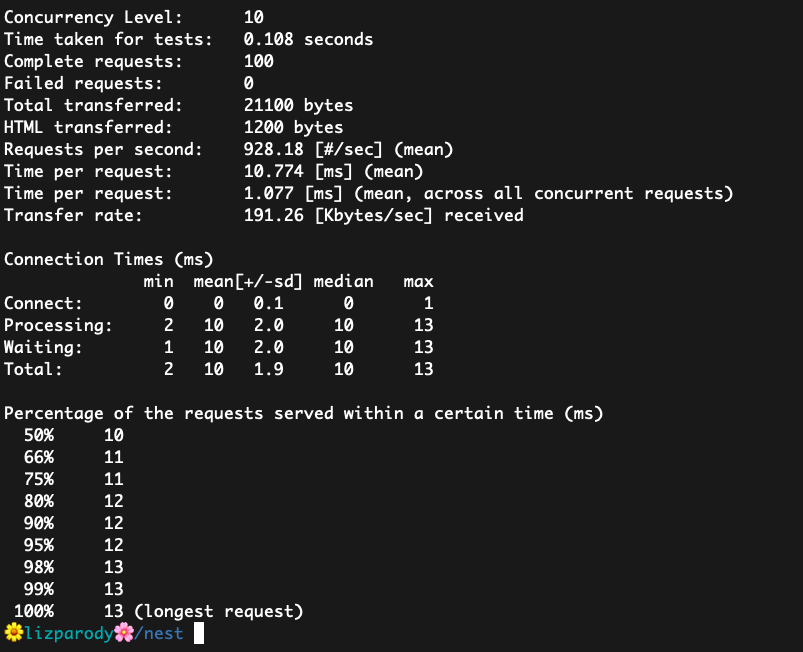 This is a basic Hello World app in Nest.js. It handles 928.18 requests per second. The average time spent per request is 10.774 ms. On this metric, Nest.js performed the best out of the three frameworks we compared. 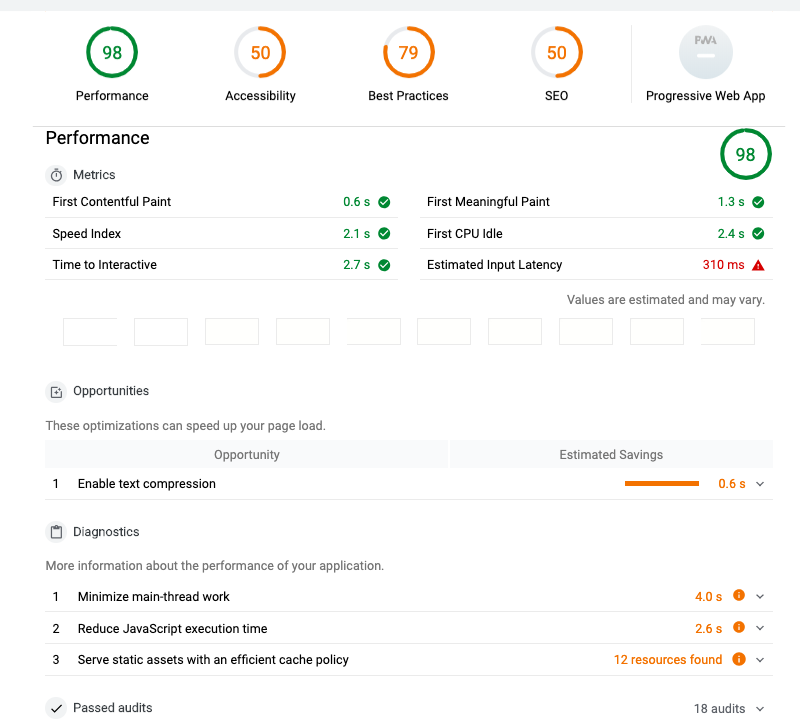 In the report provided by lighthouse, Nest.js has a very high performance, but scored comparatively lower on other key factors:accessibility, best practices and SEO.

There is a group of developers providing handy packages on NestJS Community organization GitHub. Some of their popular packages are: nestjs-config, a config module for NestJS using dotenv. nest-access-control, Role and Attribute-based access control for NestJS and nestjs-flub, pretty error stack viewer.

Even if Nest is not the most popular framework, is the one that has the better performance and has many advantages. You should give it a try! 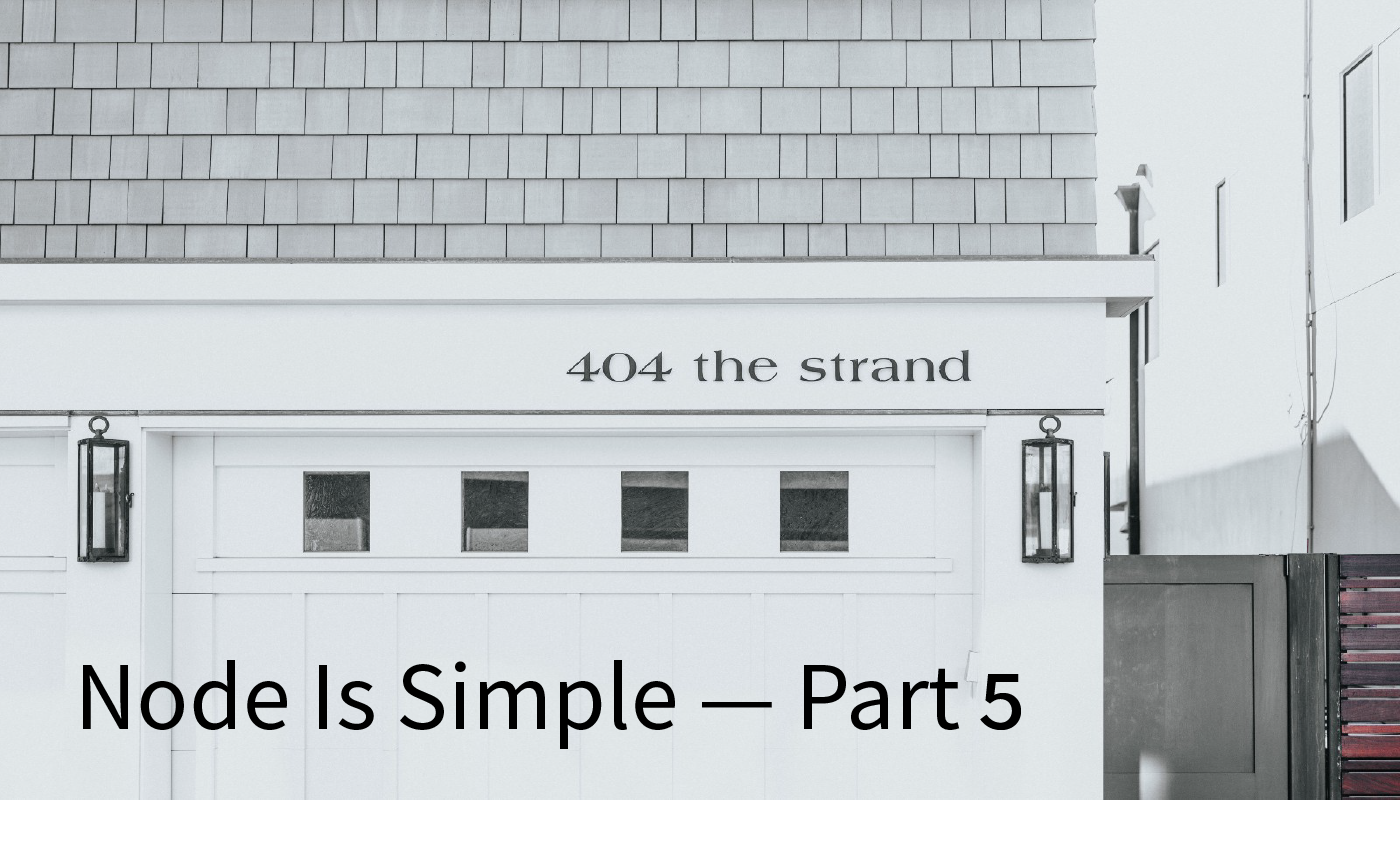